Well Over Half A Million Jobs Available In Canada 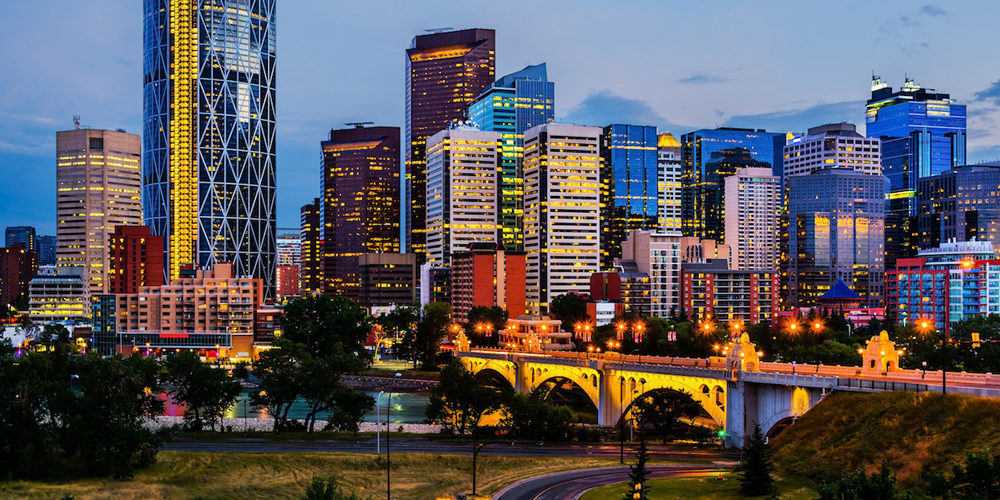 Well over half a million jobs are currently available in Canada, an increase of 19 per cent in the last year.

The numbers reveal how Canada’s battle with a shrinking labour market is affecting the ability of employers to fill vacancies.

Canada’s job vacancy rate rose from 2.9 per cent to 3.4 per cent over the same period, with increases in every quarter since the end of 2016.

Quebec saw the sharpest increase in job vacancies of all the provinces, with 32,600 more jobs posted in the last year, a rise of 38.9 per cent, double the national average.

For the French-speaking province, this was the eighth consecutive quarter of increased vacancies, with almost all sectors showing increases and a job vacancy rate of 3.2 per cent.

Quebec’s most dramatic spike was seen in health care and social assistance, with 5,100 more vacancies representing a 60.3 per cent increase. 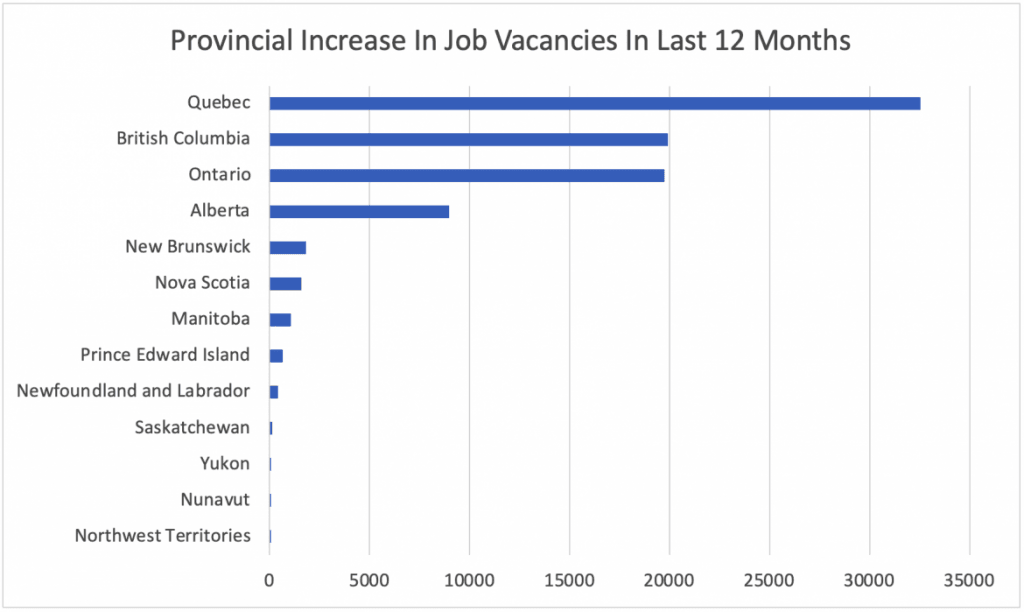 B.C. now has a job vacancy rate of 4.7 per cent, joint highest in all the provinces alongside Prince Edward Island.

Ontario was the other big mover, adding 19,700 job vacancies over the last year, and increase of 10.6 per cent.

Canada’s largest province has a job vacancy rate of 3.3 per cent, with major vacancy increases in health care and social assistance (7,800 or 46%) and administrative and support services +4,500 or 27.7%).

Which Canadian Industries Have The Most Job Vacancies?

Eight out of 10 of Canada’s broad occupation categories showed vacancy increases in the second quarter of 2018.

Trades, transport and equipment operators showed the largest vacancy increase, of 29,100 or 39.7 per cent.

We Can Help You Find A Job In Canada

At immigration.ca we offer our international clients top to bottom assistance in both immigration and employment. We provide individual clients with extensive legal counsel drawing on our more than 60 years of in-house combined professional experience.

For employment, we give all our individual clients a comprehensive job search service through our in-house recruitment enterprises, www.skilledworker.com and www.grnmontreal.com.

Sales and service occupations also saw vacancies increase, by 21,300 or 12.8 per cent. 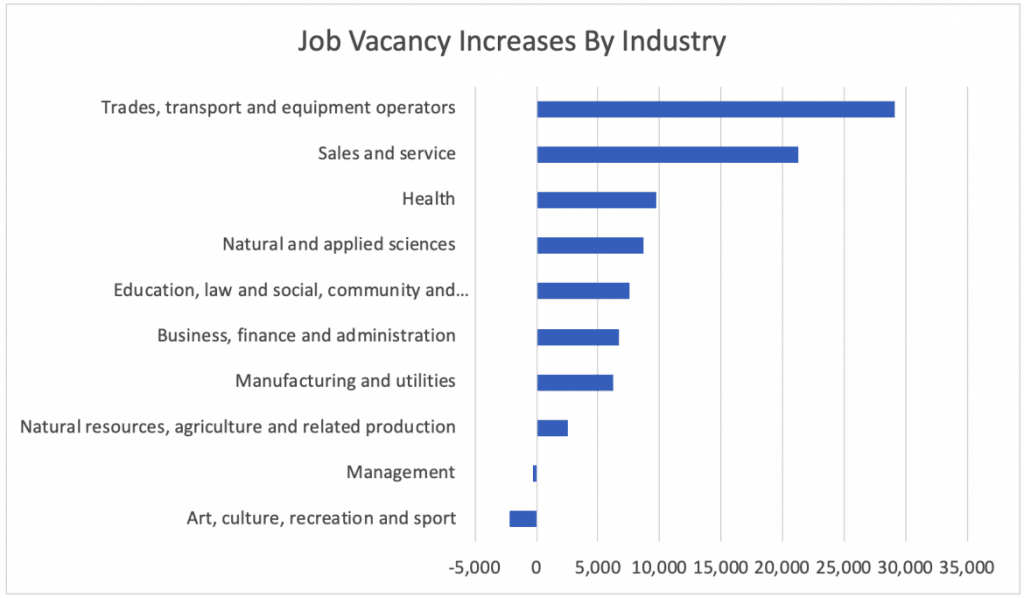 Canada is attempting to use immigration to help fill gaps in its shrinking labour market.

The federal government plans to welcome nearly a million newcomers between 2018 and 2020, with the largest group coming through the economic class.

Recent figures showed immigration was the key driver behind Canada’s healthy population increase, one of the highest among developed nations.

The number of non-permanent residence also increased by 165,729 in the same period, surpassing the previous peak in 1988/89.