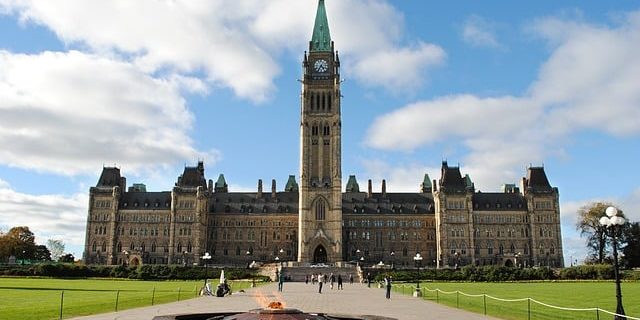 Economic immigrants surpass the average income soon after they arrive in Canada, and their earnings continue to grow as they spend more time here, a report by the Canada immigration department has revealed.

The Immigration, Refugees and Citizenship Canada report reveals why the government is focused on welcoming a majority of economic immigrants in the next three years – because their economic outcomes are better than other classes of immigrant.

Economic immigrants secure above average earnings quickly, and those earnings increase over time. Spouses and dependents take longer to establish themselves, according to the report. As would be expected, refugees take the longest to achieve economic stability.

The results also favour economic immigrants when it comes to level of employment, with a higher percentage in managerial or professional positions. Family class immigrants and refugees are more likely to find themselves in jobs not requiring post-secondary education.

Elsewhere, the report also highlighted that new immigrants are healthier and less likely to develop chronic diseases. This declines over time, and eventually becomes the same as people born in Canada. Refugees, meanwhile, are at greater risk of developing health problems, both mental and physical.

The report also highlights the political tightrope that has to be walked when increasing immigration levels. The government recently announced a plan to welcome nearly a million immigrants over the next three years, a move that has been well accepted.

But IRCC accepts there could be a ‘tipping point’ in public opinion and that the debate will need to be ‘carefully managed’.

A recent Environics Survey revealed 60 per cent of Canadians disagreed with the statement ‘there is too much immigration in Canada’. More of those surveyed than 2017 believed immigrants were adopting Canadian values, while 80 per cent felt immigrants had a positive impact on the economy.

The numbers have remained steady for a decade, showing that Canadians are not being influenced by events in the U.S., where President Donald Trump was elected on an anti-immigration platform, or in the U.K., where voters chose to leave the European Union.

Two American studies published in 2017 support the widely-accepted view that immigrants have a long-term benefit on the receiving country’s economy.

Both studies make it clear that when the immigration argument is held in purely economic terms, the only possible conclusion is that more newcomers mean greater prosperity.

The results suggest Donald Trump’s U.S. immigration crackdown will actually have a long-term negative impact on the American economy.

Initially, new immigrants are a draw on society as they seek to establish themselves in a new country. But after that process takes place, they contribute more in the long term that they receive in the short term upon arrival.

This explains the focus, particularly in Canada, on achieving the swift integration of new immigrants. The faster they can become established; the less government support they need in the initial arrival phase.

The conclusions of these two studies are supported by empirical evidence in Canada.

A study published last year provided conclusive evidence that immigrants admitted to Canada under all programs are far more likely to start businesses than their Canadian counterparts, a key component for economic growth. Released in March 2016 and entitled Immigration, Business Ownership and Employment in Canada, the study concludes that ‘rates of private business ownership and unincorporated self-employment are higher among immigrants than among the Canadian-born population’.

Then there is the generational impact of migration. How do you measure the value added to a country’s economy by an immigrant’s children, and their children further down the line? A recent Statistics Canada study highlighted that immigrant children outperform their Canadian counterparts in terms of both high school and university graduation rates. The study found 91.6 per cent of children who arrived in Canada between 1980 and 2000 graduated high school, against 88.8 per cent of their Canadian peers. In terms of university graduation, that gap widened to 35.9 per cent of immigrants versus 24.4 per cent of Canadians.